Living In A Volcano

Once there was a girl could Rebecca was going into a hot living volcano. She got a ladder so she can feel what is like in there. She said that it feels like it is steaming hot! Then Rebecca saw  it night time then she went home. When it was morning Rebecca went back to the volcano and she got her hover board and she surfed in the volcano and she had straps around her feet so she would not go in the lava. Rebecca had on electric gloves on because she wants to hit it on the lava wall in the volcano. She only want to hit it on the wall because she thinks it is fun. Rebecca saw it night time again and she went home and she fell asleep. The next day Rebecca came to the volcano and she saw it melting in the volcano and it was boiling in the volcano. Rebecca went home and put something cold so she would not get hot or sick. When Rebecca came back she saw it melting again but she was all right and she surfed in the lava and she did not do it fast because she will get hurt. She did it very carefully and the lava was going bigger and bigger and bigger suddenly...the lava flooded and everything is melting and the lava was almost going to Rebecca's house and then Rebecca  fell and something catches her and it was a...JET PACK. She was so excited and she was very luck that all the jet packs saved everyone and they flew all the way to a airplane and everyone want to keep the jet packs and the people had jet packs they flew out and went to the lava but they didn't touch the lava and they were only half way and they went to another street and it had a volcano and it will never flud again. Rebecca and her family saw a house with a brick wall and a giant brick house and it has lots of rooms. THE END
From Adelei
Posted by Powerful Learners in Room 7! at 9:14 PM

Email ThisBlogThis!Share to TwitterShare to FacebookShare to Pinterest
Labels: Writing

Powerful Learners in Room 7!
We are Room 7 at Vardon School in Hamilton, NZ.We are a class of 25 Year 3 & 4 children who love to learn! 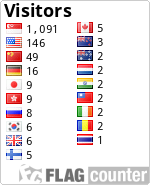